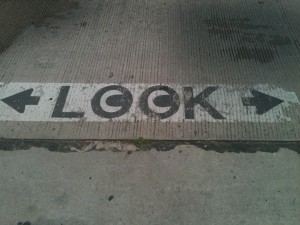 I have not read many books that where published in the year 2012. In fact this may be the only one. This is a book that defies literature, culture and perhaps even reality.

As our hero wanders the continent of North America an eerie, irreverent picture of our time and space is portrayed with a clarity and execution be fitting this incredible era. As his movements go from poet school to Utah wasted nights. From confusion and Californian paranoia to utter jubilation in the distant Black Rock desert of Nevada. From Detroit’s dirt boulevards to New York’s devastating Time Square, our hero is thrown about on the tumultuous sea of the American… dream? Of the American utter confusion is what it seams like.

Where political occupy movements rally hard then burn out then rally then burn like the burning man, with the uneven rhythms of their jarring drum circles. Where people write poems to save the planet nature to get shit-faced all night. Johannes Thies is in it all. He scoured the nation, as well as Canada, to find it, the most elusive commodity of them all: information, that thing that is so transitory, subjective, scarce and overwhelming that it is barely any thing at all but words on the pages of this enigmatic book. Why follow when you can lead? Why know when you can find? With the speed and fury of a rocket the German maverick collides into the American wastelands and boom-towns for that golden-glorious, awe inspiring filth that screams of the futility of our prudent live wasted in the pursuit of nothing but exaggerated rumors around the cigarette circle of our lives.

With characters that are confused-enlightened, exotic and idiotic he portrays the American young and old as some of them really are, or may be, or are not at all but appear to be. Young rebels with or without dreams, young women allusive and beautiful, old pilgrims lost in the dust of the desert. This couch-surfer’s odyssey finds him in the company of people so distinctly different from each other it’s a wonder they live on the same planet, let alone same continent. Yet they all have that similarity of time and culture that weaves the stories many faces into the blanket of American consciousness.

For today’s world is as right as it is wrong. The counter-culture is a child of the culture that is nothing but a wind over the mountains and seas. A disease, a curse, a burden and a holy glorious thing, all confused and in rapture, perhaps, as rumor has it. This is the information age and this is the work of Johannes Thies.